The guys over at RecoilWeb had the opportunity to check out the SilencerCo Salvo 12 shotgun suppressor, and they all came away super impressed.

This is from Top Shot champion Chris Cheng:

Those were the first words that came out of my mouth after shooting SilencerCoâ€™s groundbreaking new shotgun suppressor. Itâ€™s not common that a truly new product hits the market, and the SilencerCo team has dubbed their new â€œSalvo 12â€³ as the first â€œcommercially viableâ€ shotgun suppressor. I was initially struck by the shape and look of the suppressor and how the baffles are on the underbelly of the unit, as opposed to completely surrounding the unit which is common in pistol and rifle suppressors. This offset design allows the shotgunner to still use iron sights since the suppressor stays below the top of the barrel. If the Salvo had a more â€œtraditionalâ€ suppressor shape, then youâ€™d have to mount raised iron sights or a scope to compensate. 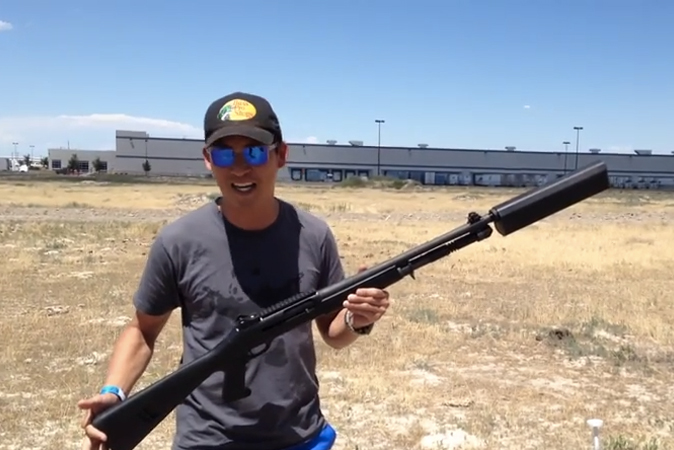 You can read more from Chris here, and watch him do a full speed 8 round dump with the Salvo 12 installed. Pretty impressive.