My first experience with High Speed Gear products was more than a few years ago when looking for a high quality, open-top magazine pouch that would support an AK profile magazine in 7.62×39.Â  At the time, the market only supported a few that I found and none of them could be described as high quality.Â

HSGI offered the Taco pouch, I ordered one to give it a try and have ordered many more since then for both AK and AR style magazines, as well as the pistol size Taco pouches because they are simply one of the most versatile and well-made pouch designs out there.Â  So when given the chance to do a review on the HSGI AO Small Chest Rig I expected great things and hoped HSGI wouldn’t let me down. 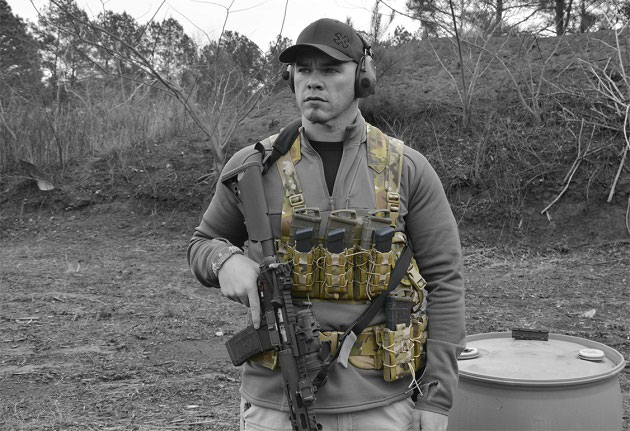 First, Iâ€™m more of a plate carrier guy.Â  My profession has usually demanded the level IV variety of ammunition and equipment carrying systems, so the general chest rig market has been mostly avoided by me because the majority of them are not designed with any sort of integrated armor in mind.Â  Though these days between teaching and a slight change in professions, I have much more use for an equipment system that can be thrown over soft armor or worn on the range for teaching purposes.

The very first thing I noticed about the AO Small is that it isn’t pretending to be something it isn’t; itâ€™s a chest rig, purpose built to carry spare ammunition, immediate-need medical or gear and little else.Â  Itâ€™s quick on, quick to take off and adjustable to ride height based on user preferences with a few quick pulls or pushes on the strap slack.Â  The straps use an H style design that I tend to prefer over X style setups and the panel can also be supported on the body with an around the body torso strap.Â Â  Another useful feature of the AO is an integral pocket for maps or other items with side access from the pack of the panel. 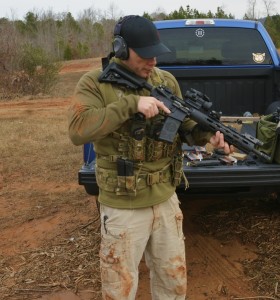 The front panel is just over four P-Mags wide, the one I tested came to me set up with three rifle/pistol mag Â stacked pouches (the Double Decker Taco pouch) and one Bleeder/Blowout medical pouch, which HSGI sells as a combo deal.Â  By design all the usable MOLLE space is right up front, meaning all the weight is right up front as well.

With three loaded P-Mags and three-twenty round Glock magazines carried, I expected the rig to want to sag to the front or sway under movement.Â  The positioning of the shoulder straps and the torso strap prevented this without notice when fitted.Â  Once I was satisfied with the basic fit of the AO, I took it to the range.

When I practice, unless I have a specific skill in mind I want to focus on, I work through all body positions at some point during the day and include a lot of movement.Â  I like to keep it as realistic as possible when testing gear so the AO was run pretty hard for a cold and wet day on the range.Â  Standing to speed kneeling is usually where a chest rig separates itself from a PC; the chest rig carries all of its weight in its gear, whereas a PC has the addition of front and rear plates that help to keep the PC from swaying or bouncing with movement. Again, the guys at HSGI didn’t let me down; even with all the weight up front, I didn’t have P-Mags bouncing about or popping up in my face.Â  The front panel stayed snug and moved with my torso, not against it.Â  Running through standing, kneeling, supine, prone, and fetal with movement to and from cover into and out of multiple positions, the AO kept up and remained comfortable.Â  Accessing magazines from the Taco pouches is easy no matter the body position thanks to the Tacos integral polymer frame that minimizes weight compression of the pouch and allows for a stiff, but not binding draw of magazines regardless of body position or pressure against the pouch from other equipment or body weight. 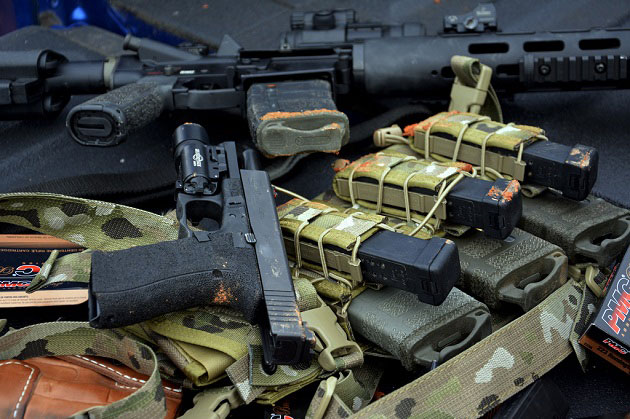 Perhaps my favorite thing about HSGI is their tailored consistency.Â  I have owned PCâ€™s and rigs in the past with ammunition or equipment pouches made by the same manufacturer and had more than a few fit problems or mounting issues, which shouldnâ€™t happen when trying to mount X pouch to a plate carrier or rig made by X. There really is nothing more aggravating than a panel and a pouch were made by the same company though they refuse to work together.Â  HSGI pouches fit HSGI MOLLE panels as they should without fit or alignment problems.

Finally, when you want to store the AO, the straps fold up nicely and even with all pouches fully loaded, the AO fits well into a bug out bag, large glove box/console or anywhere a large dictionary sized item would fit.Â  Empty, you can roll it up and put it just about anywhere.Â  I have a few chest rigs, but Iâ€™m pretty much sold on the HSGI AO Small Chest RigÂ being the one I grab when I need one.