Electronics have become, for better or worse, a way of life for most people. Between cell phones, tablets, laptops and other portable devices, our dependence on electronics has never been greater. With portable electronics comes batteries, and managing battery life between charges, a fact that you iPhone users know especially well.

So today we’re going to talk about keeping your electronic devices powered up in both normal day to day use as well as emergencies, using the RAVPower Deluxe 14000 mAh External Battery. 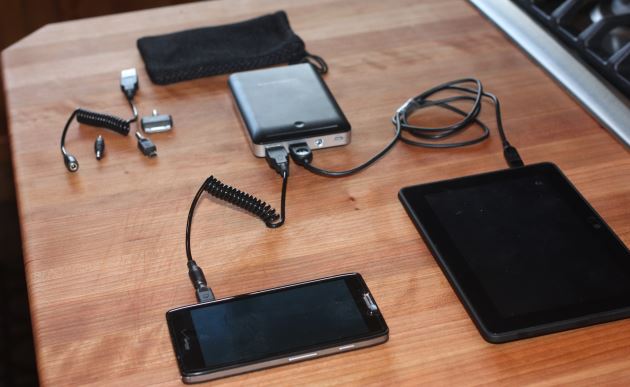 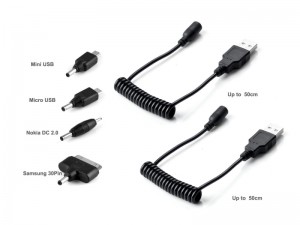 The RAVPower Deluxe has three 5V ports – two output ports, one of which is 1A and the other 2A, and a 1A input port. The 1A output port is meant to be used on small devices like a smart phone, whereas the 2A output port is for larger devices like a tablet. To recharge the RAVPower Deluxe, you plug the Micro USB connector into the input port, and either plug into a USB port (like on a computer) or connect to a USB wall charger (preferred).

Tthe RAVPower Deluxe also has an LED flashlight built in for emergencies. Now you aren’t going to want to depend on this small LED flashlight as your sole emergency source of light, but it works well for its size, and is also nice to use when connecting cables in the dark.

The unit is made of plastic, but seems to be fairly scratch resistant and durable for what it is. I wouldn’t go tossing it down a mountain or anything and expecting it to work, but regular use, including bouncing around in a backpack, hasn’t caused any issues so far.

Since it’s a 14,000 mAh Li-ion battery, the device isn’t small. It’s going to be about twice as thick as your smartphone, and roughly the same height and width depending on your phone. Here’s a photo of the RAVPower Deluxe next to my Motorola RAZR HD MAXX. 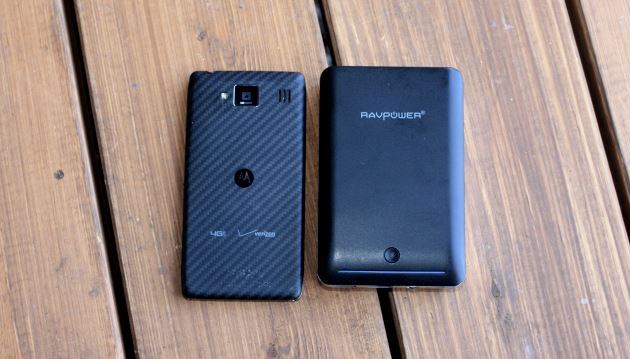 According to RAVPower, the Deluxe is compatible with:

I certainly did not test all of these devices, but so far the RAVPower Deluxe has worked with all of the devices I’ve tried, which includes two Motorola smartphones, iPhone 4 and 5 and a Kindle Fire HDX tablet.

I’ve used my RAVPower Deluxe quite a lot of the past few months. My first real experience was using it this year at SHOT Show, where I had a couple different battery backups with me, the largest of which was the RAVPower. Every day at lunch, Dan and I would both plug into the RAVPower Deluxe while we ate to charge our smartphones. We did this three days in a row. Additionally, I used the RAVPower randomly throughout the week, and through all of this use, I didn’t recharge the RAVPower unit. Since SHOT, I’ve used it in the woods, traveling in the car, and I frequently keep it with me as a battery backup should the need arise.

How many times will it charge your device? The answer to that question will depend on many factors, including your device’s battery size and theÂ rate at which the RAVPower is discharged, 1A vs 2A (seeÂ Peukert’s Law). Having said that, here are some charging generalizations according to RAVPower: “7-8 charges on your iPhone 5, 4S and 3 charges on your Google Nexus, 86% charges on your iPad 3/4.”

Overall I’m very pleased with my RAVPower Deluxe. It has worked flawlessly, charges devices fairly quickly, and has plenty of power for most uses. The only downsides I’ve found so far are the plastic casing (which you should expect at this price point) and the 1A input. Even connected to a wall, at 1A input, it takes several hours to charge the unit.

At the time of writing, you can purchase a RAVPower Deluxe 14000mAh External Battery for around $40, which in my opinion is a pretty good deal. If you’re in the market for a battery backup, or don’t own one yet, take a look at the RAVPower Deluxe.