Last Memorial Day, I participated in the Dallas chapter of Carry The Load on team Task Force Fallen Warriors, an event created to honor the true meaning of Memorial Day. Yesterday, Carry The Load announced that the 2013 programs together raised $2.1 million! 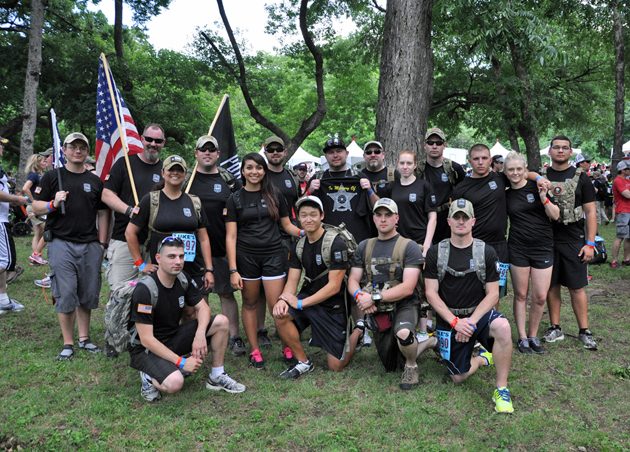 September 23, 2013 â€“ The non-profit organization CARRY THE LOAD (CTL), having successfully concluded its â€œMemorial Mayâ€ programs, is planning to donate a portion of the 2.1 million dollars raised to its partners as part of its mission to restore the meaning of Memorial Day and honor our fallen heroes, veterans, active duty military, firefighters, law enforcement and rescue personnel. 86% of the funds raised during the 2013 CTL experience go toward its core mission, programs and partners.

Engaging and challenging all Americans to make â€œMemorial Mayâ€ their mission too, CARRY THE LOAD will formally present funds to its partners at the Heart of Dallas Classic football game, to be held at the Cotton Bowl at Fair Park on September 28, 2013. All ticket sales for the game between the Louisiana Tech Bulldogs and Army Black Knights benefit Dallas-area military non-profits and can be purchased at the Heart of Dallas link on Ticketmaster.

With the help of 400-plus communities, more than 6,000 participants and thousands of supporters across the country, the 2nd Annual CTL Memorial May National Relay, affiliated CTL rallies (held in Austin, Tampa and Ruston, LA) and the Dallas Memorial March enabled CARRY THE LOAD to support its 2013 programs and partners. The CTL 2013 national partners are Snowball Express, T.A.P.S and Team Red, White & Blue; local partners include: Assist The Officer, Friends of Dallas Fire-Rescue, Heroes on the Water, Sons of the Flag Burn Foundation and Tip Of The Spear Foundation in Dallas; The Comfort Crew For Military Kids, Folds of Honor Foundation and Serve Who Serve in Austin; the 844th EN CO Family Readiness Group in Ruston; and Friends of Military Families and Hillsborough County Firefighter Charities in Tampa.

â€œWe are truly grateful and honored to be joined by thousands of people across the country, who have given their time and donations to support our mission and help provide financial support to our partners,â€ said Stephen Holley, Co-Founder of CARRY THE LOAD. â€œThose who have participated in our Memorial May National Relay, our Dallas Memorial March and our Rallies, our generous donors and sponsors, and the many people who have reached out to tell us â€˜who they are carryingâ€™ have begun a national movement to restore the true meaning of Memorial Day.â€

Plans for the 2014 CARRY THE LOAD events are well underway; to lend support, visit carrytheload.org.

You can read more here. Hope to see you out there next year!

The Logic of Violence
Concealed Carry – A Risk Management Perspective