Bill Thompson, who won theÂ Democratic nomination for New York City Mayor in 2009 and almost beat Michael Bloomberg (Bloomberg was an Independent at the time) disagrees with Mayor Bloomberg on a few issues, but gun control isn’t one of them. 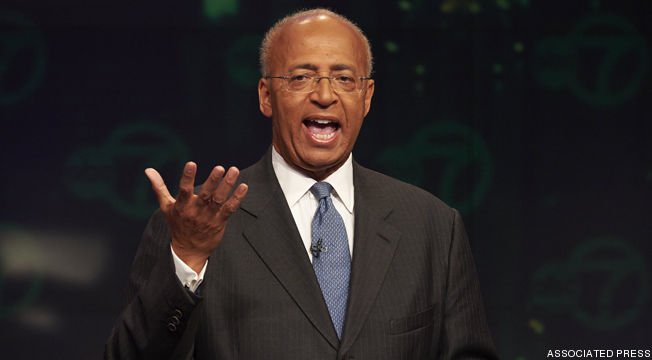 In an interview with TPM, Mr. Thompson said the following, emphasis added:

But I would give the mayor credit for things like the smoking ban, calorie counts, trans fats, things like that. I think that has been helpful. Focus on sustainability and making New York a greener city, I think thatâ€™s excellent and I think heâ€™s done a very good job there and has left a stronger platform to build on.

And I think that if you look at his fight against guns, thatâ€™s something that has particular meaning in New York City. I know itâ€™s been a national fight, but particular meaning in New York City given gun violence in communities of color, in black and Latino communities. We want to see gun use eliminated. Itâ€™s cost us too many of our children.

13 Responses to NYC Mayor Candidate Wants to ‘Eliminate’ Gun Use