The PHLster ACCESS remains one of my favorite appendix carry Kydex holsters for its design features, quality and performance (see my review here), and today we’re going to take a look at the recently updated version of the ACCESS.

PHLster is a small custom Kydex shop located in Philadelphia with just two employees, so as PHLster’s popularity has grown, so has the amount of time you have to wait to get a holster. However, PHLster recently made some changes to the ACCESS holster and their production methods that has lowered this lead time. They accomplished this by making their own custom molds in-house, which has the added benefit of providing greater consistency between holsters.

The result is basically the same ACCESS holster that I previously reviewed, the only major difference being that PHLster now uses a soft loop instead of a G-Code clip as the belt attachment mechanism. 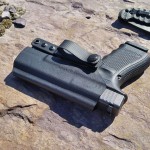 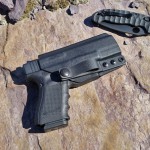 The PHLster ACCESS is still one of my favorite Kydex AIWB holsters, and at $58, I think it’s a great deal.