Back when I was a uniformed patrol officer, I wore my concealable soft armor underneath my uniform, like many cops still do.Â  It can be extremely uncomfortable and gets warm very quickly.Â  I remember being drenched in sweat after a foot chase or wrestling match with a suspect, then having to sit in front of […] 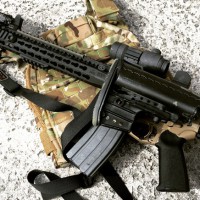 There are a lot of criticisms about the AR-15/M4 platform of weapons.Â  Some say the .223/5.56 round is for weenies.Â  Others claim the direct impingement gas system is dirty and results in reliability problems.Â  Regardless of the level of validity in these complaints, it cannot be argued that the AR-15 rifle is one of the […] In recent years, advancements in helmet technology for tactical applications have shown tremendous progress.Â  Instead of having to strap a Kevlar bucket to your head and having it flop around, putting stress on your neck, we have helmets like the Ops-Core FAST helmet or the AirFrame by Crye Precision.Â  These helmets are lightweight, stable, and […] 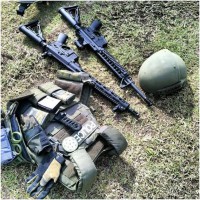 It seems like there are more and more companies diving into the AR-15 market these days. This is great for consumers because we have more choices and competition drives each company to make sure they are making quality products for us at competitive prices. The problem comes with choosing which rifle to buy. If you […] 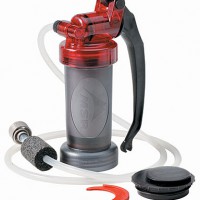 When Brandon sent me the MSR MiniWorks EXÂ water filter for review, I was initially very excited.Â Â  No, a water filter is not as sexy as a gun or some new piece of tactical gear, but I did not previously have a water filtration system, aside from the PUR attached to my sink faucet, and as […] 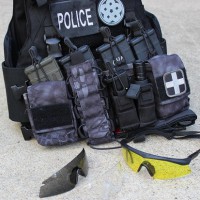 Our eyeballs are important. Without them itâ€™s hard to drive a car, fully appreciate a double rainbow, or throw longing gazes at that voluptuous blonde across the bar. Makes sense that we should protect our eyes since they do so much for us. Protection for our eyes is particularly important when it comes to firearms […] Though I am normally an Air Force I or Timberlands kind of guy, I did spend several years working in a police uniform, so I appreciate a well-made duty boot. I wore a bunch of different boots on the streets and on the range but I am always looking for something quicker, lighter, and tougher. […]