We have teamed up with our friends at Modern Musket to give away some pretty cool stuff.

If you’re not already familiar with Modern Musket, it’s a brand with a message. Modern Musket’s mission is to change mainstream attitudes and perceptions of modern rifles like the AR-15. The perception, fueled by the corrupt politicians and complicit media, is that semiautomatic rifles like the AR-15 are “assault weapons” and that the Second Amendment does not protect your right to own them.

The anti-gun crowd would have you believe that the Second Amendment is talking about muskets only, but the truth is that when the Second Amendment was written, the musket was the “assault rifle” of the day. Modern Musket spreads the message that AR-15’s are nothing more than modern versions of those muskets, and it’s a message worth getting behind. 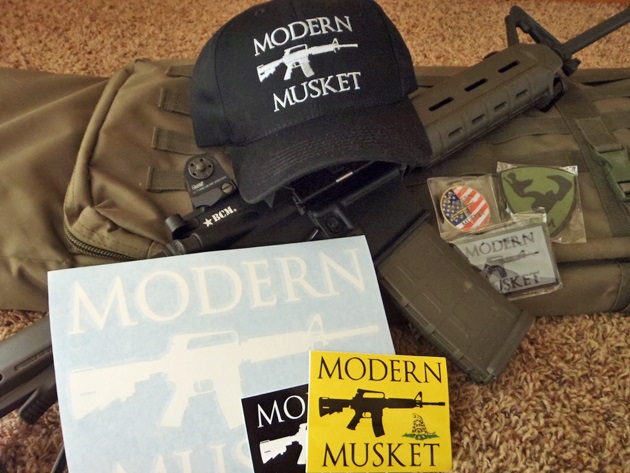 Additionally, the winner will receive Monderno patches and stickers. If you’re interested, use the Rafflecopter form below to enter.