I read an article today on Daily Caller about backup guns that I thought was interesting. The article starts off by describing an incident where a police officer was killed after sustaining a gunshot wound in his dominant arm:

A few days ago, Craig and I were discussing a recent incident in which a police officer was killed. The officer was shot in his dominant arm (right handed officer, shot in right arm).

Although conscious and trying to fight back, he was unable to reload his empty handgun with his non- dominant hand only, and was executed by his assailant.

Craig and I both felt that if this officer had been wearing a back-up gun (BUG), he might have been able to access it and continue the fight. Unfortunately, he did not have a second gun.

A few things stood out to me in the article, which is titledÂ Concealed Carry: Are back-up guns for civilians a good idea?, the first being what I feel was the central point: all guns fail. Yes, that means the gun you carry that has never been cleaned and has eleventy billion rounds down the pipe with zero malfunctions.

I like to share the photo below when this topic comes up because I’m a glutton for punishment and because it illustrates the point. I took the photo a couple years ago at a range south of Houston after repeated failures with the gun. The gun belongs to Colion Noir, and is a Gen 3 Glock 19 RTF, and no, it wasn’t staged, and no, it wasn’t due to limp wristing. All guns fail, even Glocks. 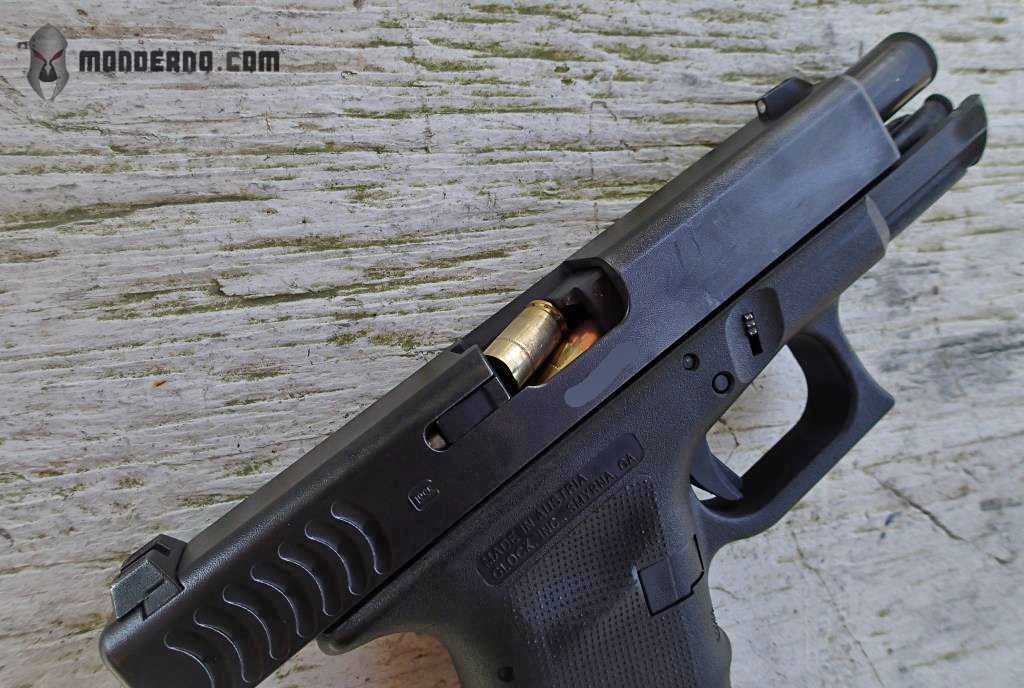 The second thing that stuck with me from the article was the opening story about the cop who was killed after he was shot in his dominant arm and unable to reload. I wasn’t there, don’t know anything about the incident they are referring to and I’m not trying to play Monday Morning Quarterback, but I can’t help but wonder if that officer had been trained to shoot and reload one handed, and to do so with his weak hand. I have no idea, and I don’t know if that would have even made a difference, but it certainly serves as a reminder to those of us who carry guns: get some training, as often as you can.

You can read the article here (it might take a minute to load, I’ve never seen a site with more ads than Daily Caller).

So what about you – do you carry a backup gun? Why or why not?

Rob Pincus for the NRA Board of Directors
BLACK Season 2

26 Responses to A Case for Backup Guns