What do you get when you mix a bottle of musk, Tom Selleck, and a grizzly bear that reads the news? You get the manliest news anchor on YouTube.Â  Thatâ€™s right – Butch Rogers lead anchor of Channel 275 Action News.

This news crew is already shocking El Paso with their bright yellow van and cheap thrift shop suits. Over the past month they have already successfully bullied the â€œrealâ€ local news, KFOX 14, into an arm wrestling match that will be broadcast sometime within the next two weeks.

Butch Rogers a.k.a. Staff Sgt. Tyler Puterbaugh has six other quirky co-stars that comprise his news team, all of which are combat hardened veterans.

When they aren’t out kickin’ ass and taking names on the battlefield, they unwind by producing a satirical newscast that has a developed storyline. Collectively, Channel 275 Action News has more than 57 years of service, and at least 14 combat tours.

Inspired by their love of Ron Burgundy and for anything that shootsâ€”including a cameraâ€”this team built a seemingly legit news crew, retro news van included. 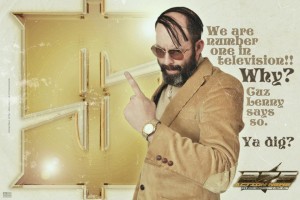 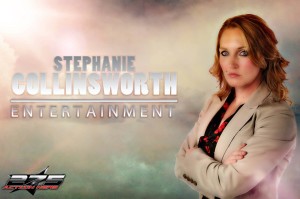 Buck Johnson, Butchâ€™s best friend since college, followed him to El Paso where they both happened upon Channel 275 Action News. Capt. Bobby McKay plays Buck in this made for internet broadcast.

Russell â€œSkip” Church, also known as Tech Sgt. Cody Ciazza, joined the crew at the request of his old pal Buck Johnson whom he met when the two came to fisticuffs at a Mustachio Club charity event.

Troy Rafferty met Buck and Butch at a dog track where Troy ran the books. When they began building their news team they knew they needed him reporting numbers, and gave him a call. Troy Rafferty is Staff Sgt. Jarred Taylorâ€™s on camera alias.

Tyrone Hammerstein, more commonly referred to as Tech Sgt. Klexton Jett (yesâ€”that is his real name), shirked his family duties of becoming an attorney to follow his passion for weather. He ended up on the team after his alcoholic predecessor embarrassed himself on live television.

Stephanie Collinsworth, played by Army Capt. Megan Jantos, is the most recent addition to the team. In real life or fiction she is a woman in a manâ€™s world. Collinsworth made her way to the team through family ties to the director.

Lenny Schwartz, a 9-year Air Force Veteran named Gary Stevens is the on and off camera director.

Aside from Channel 275 being hilarious (and getting better all the time), I have the pleasure of calling some of these folks friends. They are a group of combat veterans who have and continue to serve this country, who in their free time create free Channel 275 content.Â

How awesome is that?

One Response to Channel 275 Action News