Earlier today, two men armed with AK-47s and an RPG stormed the office of French satirical newspaper Charlie Hebdo in Paris, France and killed at least 12 people. In case you forgot, Charlie Hebdo has several times in the past made fun of the “prophet” Muhammad, which at the time of writing appears to have been the motivation for this attack. 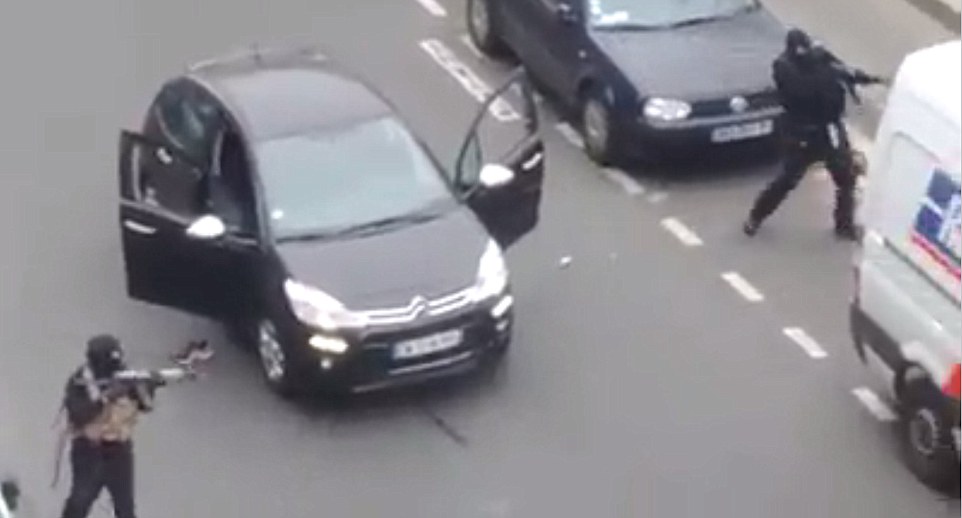 The two gunmen in the Charlie Hebdo attack via Daily Mail

I’m sure this will be analyzed and over-analyzed in the days and weeks to come, but there are a couple points I’m hoping are not lost in the shuffle.

1. Something like this will almost assuredly happen in America, and probably soon.

No, I’m not giving timelines, nor am I here to tell you that I have some super secret inside source of knowledge or some other such nonsense. What I do have, however, is a healthy dose of reality for those of you who do not live in this place I like to call “the real world” – these people HATE us. Let’s skip the question of “why” for now (our fault, their fault, everyone’s fault, whatever) and just deal with reality – they HATE us. If you don’t understand that, you need to somehow make it real for yourself. If nothing else, listen to their own words.

2. Gun control will NOT save you.

It pains me that this isn’t plainly obvious to everyone with a pulse, but gun control will not prevent something like this attack from happening. For evidence, please scroll up and read where this attack took place: Paris, France.

In France, to buy a firearm, a hunting license or a shooting sport license is necessary. All semi-automatic rifles with a capacity greater than 3 rounds, all handguns and all rifles chambered in ‘military’ calibers, including bolt action, require permits. These are known as B1, B2 and B4 type permits. Firearms are divided into eight categories that determine the regulations that apply to their possession and use. France also sets limits on the number of cartridges that can be kept at home (1000 rounds per gun).

The total number of firearms owned by an individual is also subject to limits (not possible to have more than 12 authorizations/permits on B1, B2 and B4 type firearms). As of September 2013 France has a capacity limit of 20 rounds for handguns, one needs a permit for category one semi-automatics that have a capacity greater than 3 rounds. Fully automatic firearms are illegal for civilian ownership.

Short version: all of the weapons used in today’s attack in Paris were illegal, very hard to get in France, and yet it did not matter. So when something like this attack happens here – on churches, schools, malls, wherever – and the cry for gun control once again reaches a national level, over the din of sheep begging to trade their liberty for a sense of security, remember Charlie Hebdo.

30 Responses to Gun Control Will Not Save You