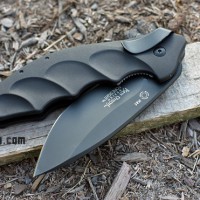 I had my eye on the CRKT Foresight for a while before I finally gave in and bought one. I had read almost universally favorable reviews on the Foresight, and it won the â€œImported Knife Of The Year Awardâ€ at Blade Show 2012. My buddy Ebbs loved his, as did the guy to whom he […]