During halftime of last night’s Sunday Night Football game between the Dallas Cowboys andÂ PhiladelphiaÂ Eagles, sportscaster Bob Costas decided to take a slight detour from football, and give viewers his $.02 on gun control. Bob’s detour was in response to the recent murder-suicide by Kansas City Chiefs linebacker Jovan Belcher, where BelcherÂ shot and killedÂ his girlfriend, and […]

Continue Reading
By Brandon on November 8, 2012 in Monderno

Continue Reading
By Brandon on October 18, 2012 in Monderno 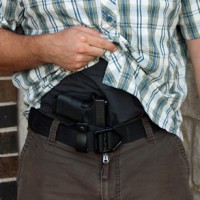