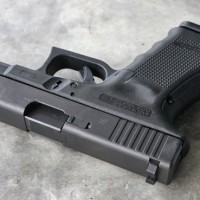 In his State of the Union address this evening, President Obama promised that 2014 would be a “year of action,” and his speech made it clear that those actions would be unilateral in nature. (more…)

Continue Reading
By Brandon on September 10, 2013 in Monderno

For those of you who don’t follow me on social media, this one’s for you. Yes Obama supporters, this is really how you sound.Â  (more…)

Continue Reading
By Brandon on August 29, 2013 in News

Following up on his promise to unilaterally act on gun control, the Obama administration announced new gun control measures today. Block import of military surplus weapons From the White House release: When the United States provides military firearms to its allies, either as direct commercial sales or through the foreign military sales or military assistance […]

Continue Reading
By Brandon on August 28, 2013 in News

The Washington Times reported yesterday that President Obama promised a group of big-city mayors that he would take more executive action on gun control. (more…) 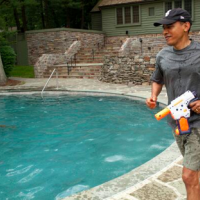 Yesterday, the White House Twitter accountÂ caused quite a stir when they tweeted the following photo of the President. (more…)

Senate Majority Leader Harry Reid (D-Nev.) announced that the Senate would put aside the gun control bill for now, saying “itâ€™s only a matter of time before we bring this anti-gun violence measure back to the floor.” (more…)

President Obama hosted an event at the White House today urging Congress to take action to reduce gun violence – by once again standing on the graves of dead children. Gun control advocacy groups were calling this a “National Call for Action” day, which the media has been quick to cover. (more…)

Continue Reading
By Brandon on February 13, 2013 in Monderno

Last night President Obama gave the State of the Union Address, the first of his second term in office. For those of you who missed it, here’s a recap on what the President had to say on gun control. (more…)

Continue Reading
By Brandon on February 4, 2013 in Monderno

This fight is far from over. President Obama will be at the Minneapolis Police Department’s Special Operations CenterÂ today toÂ discuss hisÂ “hisÂ comprehensive set of common sense ideas to reduce gun violence.”Â He will be pushing his gun control plan which includes universal background checks for all gun sales, a renewal of the assault weapons ban, and restrictions on […]

Continue Reading
By Brandon on January 16, 2013 in Monderno, News