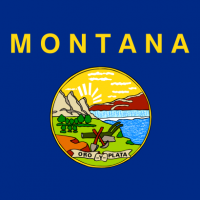 If more people read and understood the Constitution (in particular the 10th Amendment), this country wouldn’t be in the mess that it’s in today. (more…)

Continue Reading
By Brandon on January 4, 2013 in Monderno, News

And now for some good news. Indiana State Senator Dennis Kruse is set to introduce Senate Bill No. 130, also known asÂ the Indiana Firearms Freedom Act, on January 7 in the State Senate. This bill is a version of the same law that has been passed in several other states (Montana being the first). (more…)