Most of us who are crazy about firearms could fill pages about all the guns we want to own or shoot. My personal list is a least mile long. Since I am not independently wealthy, a member of the military, or possess a class 3 license, I decided to list 10 military or “class 3” (more accurately “NFA or Title 2 firearms”)Â weapons I would love the opportunity to shoot. It was hard to narrow the list down to 10 because of how many great and interesting firearms there are. I tried to pick a good mix of rifles, small machine guns, submachine guns, and sniper rifles. To keep it simple, I avoided anything that cannot be carried easily by a single person.

Take a look at my list. Let me know if you have any others I should add. 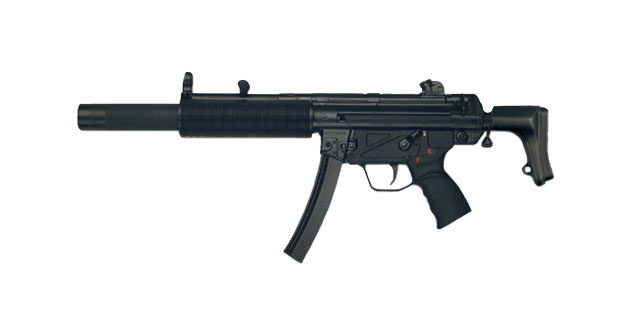 A favorite of special forces, the full-time suppressed MP5 9mm submachine gun is a definite for this list. It combines the great first round accuracy of the standard MP5 with the noise-masking silencer. 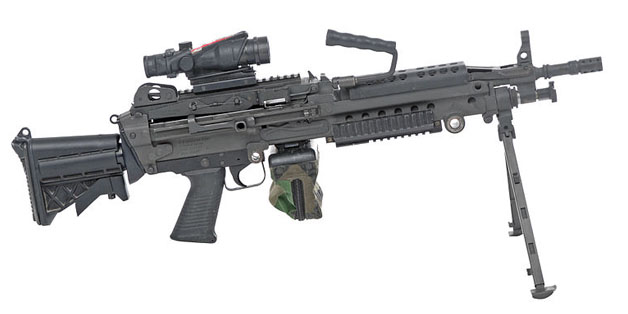 The US military’s belt-fed “squad automatic weapon” is another sure bet for this list. It fires the 5.56x45mm NATO round at a rate of 850 RPM from a hard plastic or soft canvas box attached to the bottom of the gun. Built as a replacement for the M-60 (which almost made the list), the M249 is almost as accurate as a regular rifle. It’s accuracy combined with the ability to unleash a large volume of fire make it a weapon I would love to spend an day at the range with. .50 cal sniper rifle. What else is there to say? (Yeah, not exactly Class 3, but I couldn’t resist…) 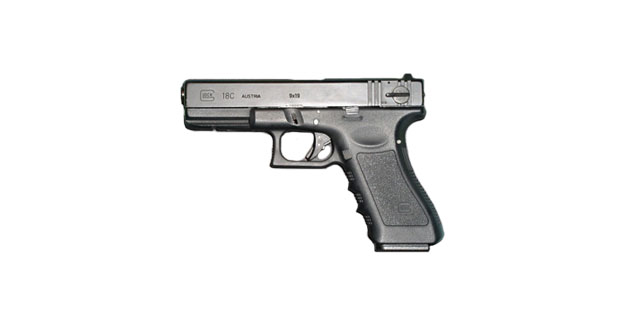 Any questions as to why this gun is on the list? Watch this video: 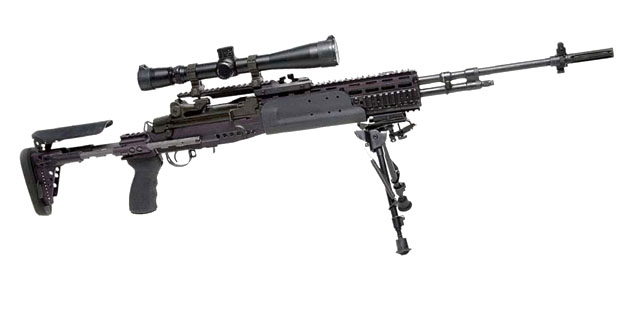 A modern variant of the venerable M-14 rifle, this rifle was called back into service because it chambered the 7.62x51mm NATO cartridge. Our troops needed the extra firepower in the mountains of Afghanistan. To create the Mark 14, the action is taking from a standard M14 action and a new 18.0″ barrel is added. This is then bolted into a new telescoping chassis stock system, with a pistol grip, bipod, and Picatinny accessory rails. Gordon B. Ingram developed this compact, blow-back operated machine pistol in 1964. What makes it interesting it’s size, rate of fire, and silencer. When the silencer is attached, the MAC10 is so quiet the bolt could be heard cycling! 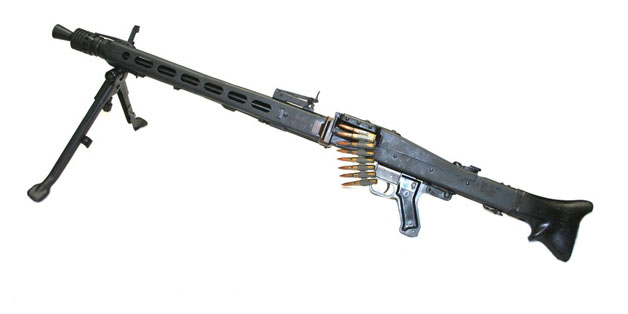 One of the most feared guns of World War II. Developed by Germany in 1942, this weapon was reliability, easy to use, and capable of large volumes of covering fire. A few have even been reported to still be in use during the war in Iraq! The G36C is the compact carbine version of the G36 rifle. Produced from 1996â€“present, it represents the modern “black” rifle in many action movies. Reliable, accurate, light, and easy to handle make all combine to make it a great addition to the list. Basically the Striker is a large 12-gauge revolver. I think it’s nicknamed, “the street sweeper” is well deserved. Admittedly an odd selection, this silenced sniper rifle is used by Russian Spetsnaz. It uses a subsonic 9x39mm SP-5 round that is said to be able to defeat most body armor.

How to Make Char Cloth
Building a Fire Kit