Over the weekend, the news broke that the clowns at the ATF are at it again, this time proposing a ban on M855/SS109 ammunition. Their reasoning? To “protect the lives and safety of law enforcement officers from the threat posed by ammunition capable of penetrating a protective vest when fired from a handgun.” 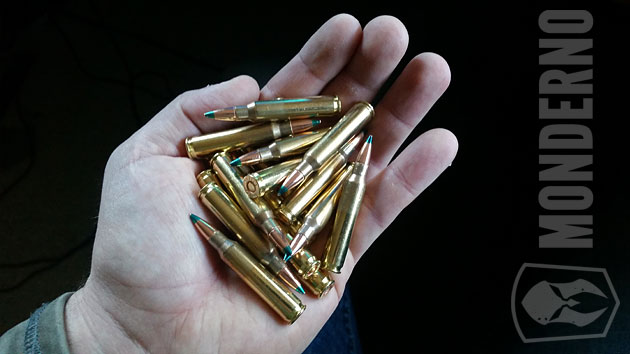 What the ATF is essentially saying is that because M855 can be fired from an AR pistol, and it will defeat the body armor most commonly worn by law enforcement (level 2A), the ammunition should be reclassified as “armor piercing” handgun ammunition.

federal law imposed in 1986 prohibits the manufacture, importation, and sale by licensed manufacturers or importers, but not possession, of â€œa projectile or projectile core which may be used in a handgun and which is constructed entirely . . . from one or a combination of tungsten alloys, steel, iron, brass, bronze, beryllium copper, or depleted uranium.â€ Because there are handguns capable of firing M855, it â€œmay be used in a handgun.â€ It does not, however, have a core made of the metals listed in the law; rather, it has a traditional lead core with a steel tip, and therefore should never have been considered â€œarmor piercing.â€ Nonetheless, BATFE previously declared M855 to be â€œarmor piercing ammunition,â€ but granted it an exemption as a projectile â€œprimarily intended to be used for sporting purposes.â€

If this goes through, this WILL affect you, and here’s how. Yes, M855 will defeat level 2A body armor. But guess what? So will ANY .223 round, or any rifle round for that matter. What will stop them from banning other .223 ammunition (like XM193) next?

Do you see the problem?

What You Can Do

First and foremost, you can contact the ATF. Do it today – do not sit this one out. It will only take you a couple minutes to send them an email and let them know you strongly oppose this asinine ban. Please be respectful in your comments.

Additionally, contact your representative and urge them to reign in the ATF. Tell them that they WILL be held accountable for the ATF’s actions.

Tim from the Military Arms Channel does a great job providing an overview of what’s going on as well as some background information. Check it out.

59 Responses to What’s Going on with M855, Why It Matters, and What You Can Do