Call me biased, but I think the folks at 2 Vets Arms are pretty awesome. Not only do they build some great rifles, but they are great people as well who believe in helping others and giving back in many different ways. One such way is the through annual donations to the Ranger Association.

This year, 2VA is donating a customÂ 2VA 5.56 SOPMOD rifle (pictured below) with a few extras thrown in. 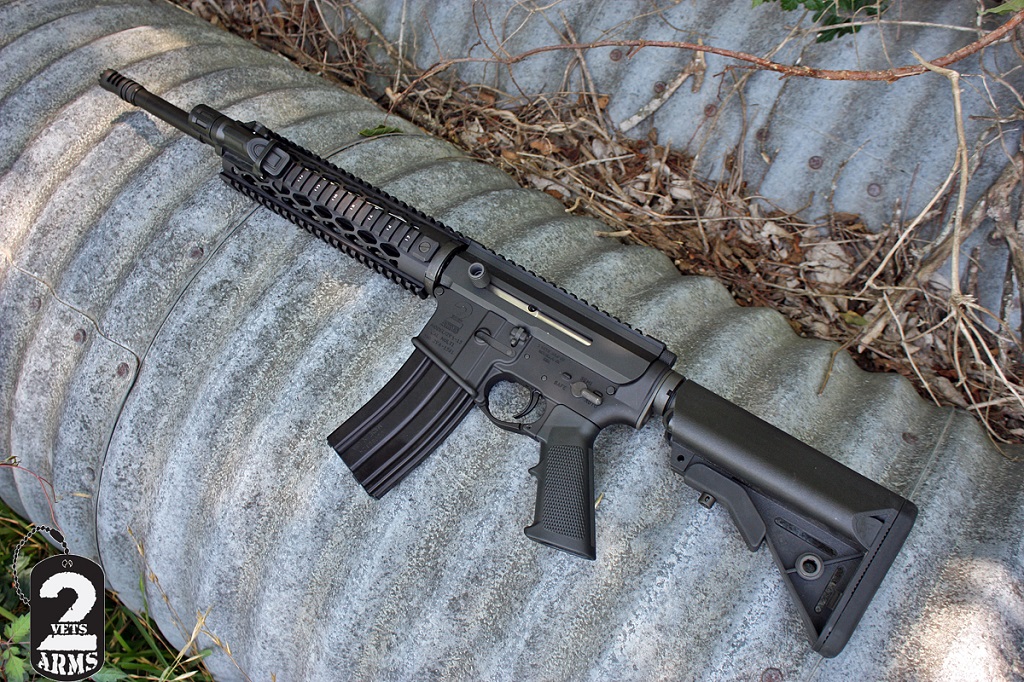 One of our goals with 2 Vets Arms is to be able to give back where we can, to those still serving in our Military today. Our brothers and sisters in arms, who have picked up the torch from those before them, and continue to carry freedom forward. While we have several ways to help give back, one of our annual donations is to the US Army Ranger Association.Â Their stated goals are as follows:

We can all agree that â€œRangers Lead The Way!â€ and we are donating our newest design, the 2VA556SOPMOD with custom RANGER tab cerakoted on the lower receiver to be donated at the Annual Ranger Muster, at Ft Benning, GA the week of 21 July 2013.

In addition to the 5.56 SOPMOD rifle, 2VA is also donating a Pelican case, anÂ INFORCE WML and Dark Angel Medical D.A.R.K. It’s great to see a company put so much emphasis on giving back, and I think it’s an example I think we can all learn from.