Like anyone, I love a good conspiracy, especially when it suggests something along the lines of dark government forces working at some level to destroy our liberty (or at least blaming them for Alar in apples). Of late, one canâ€™t seem to log on to Facebook or any gun forum without seeing predictions of our impending doom because some government branch has posted a contract bid for ammunition – the latest being the Department of Homeland Securityâ€™s bid for 141,000 rounds of â€œsniperâ€ ammo. 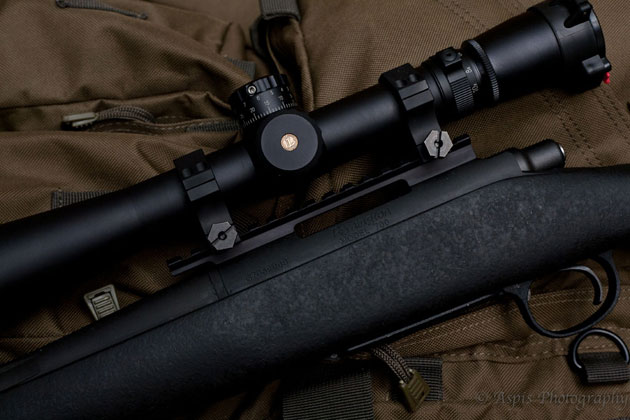 Granted, if I knew nothing about firearms, ammunition or the industry, Iâ€™d probably think the sky was falling too. Problem is that I do know a little something about the industry, so Iâ€™m less than impressed with the presentation. Let me break it down for you:

In reality, 141,000-rounds of .308 is barely a drop in the bucket of what they should be burning up in a year. We can all stop panicking about it.

The author also mentions the recent purchase of DHS .40 hollow point handgun ammunition. Federal regulations state that all practice and qualification are to be done with duty rounds. As a trainer, I couldnâ€™t agree more â€“ we should all be training using full-power loads in order to better learn to manage recoil.

As a private citizen, I canâ€™t afford to (what? You either? …Of course, if Corbon wanted to send me 20 cases of free ammo a year, Iâ€™d run itâ€¦but I digress). When itâ€™s our tax dollars, money often tends to be no object with government agencies and the implementation of their regulations. Yes, they ordered around 430-million rounds, but thatâ€™s not all at once, itâ€™s to be spread out over 5-years. Also, when you consider that DHS has over 300,000 employees (obviously not all are armed, probably less are than arenâ€™t) you can come up with a number that looks like a bare minimum for yearly practice per agent. Sure, Iâ€™m speculating a bit, but on the side of reason rather than fear-based conjecture.

My practical comment to the .40 hollow points issue is this: Do you really think the US government is planning to declare martial law on its citizens and enforce it with handguns? We should be so lucky! The armed population of the United States outnumbers all of the worldâ€™s militaries COMBINED! I donâ€™t know about you, but that makes me sleep better at night. Handguns will not win that fight.

Election cycles and legislative threats have caused ripples (and tsunamis) in the ammunition market over the last decade â€“ itâ€™s nothing new. Only recently have the shelves at most gun stores started to look somewhat normal again, well over a year after Sandy Hook. .22 is still in short supply, and manufacturers are still running 3 shifts. Remember, the government buys their ammo from the same suppliers you and I do. And believe it or not, there are some purchasing agents that actually try to plan ahead; especially when they find their shelves bare and re-supply a year out because of the latest panic. Last year I personally donated a case of 9mm to a local PD because they were absolutely out of ammunition and needed to get their staff through qualification. Government agencies are learning the same lesson we all are: If you donâ€™t already have it, you wonâ€™t get it during a panic.

With that in mind, and the 2014 and 16 elections coming up, we should all be keeping our stockpiles high as there are bound to be shortages. So, yes – Have ammo! If you see it, and you can afford it, buy it. But if your motivation to do so is that the government is gearing up to jackboot you in the dark of night, then youâ€™re probably vesting yourself into a whole bunch of needless stress. Iâ€™m not saying it could never happen, Iâ€™m just saying theyâ€™re still not ordering enough ammo.

Next time you read one of these panic-laced articles, web search the agencyâ€™s employee numbers and find out how many are armed and what their qualification requirements are, then do the math. You might be surprised at how much sense it actually makes.

Center Mass in a Three-Dimensional World
“Shall Issue” Concealed Carry Coming to California?

110 Responses to The Conspiracy Behind Government Ammunition Purchases