If you’ve never seen the infographic below before, it shows different techniques for spotting a concealed handgun. This is useful not only for its intended purpose (things to look for, helping the good guys spot guns on the bad guys), but also for those of you who are legally carrying concealed (things to avoid).

When I lived in the Houston area, I frequently was able to spot someone I thought was very likely carrying. Since moving to Montana I’ve had fewer such opportunities simply because there are far fewer people here, and I live in a very sparsely populated area.

The two most common things that tipped me off that someone was carrying were the telltale bulge of the handgun and the ever popular “adjustment” that folks tend to make when they get out of their vehicle.

This was a sort of people watching game for me, as I tend to be fairly observant for whatever reason, and I must admit that it was kinda fun. Weird, I know. Anyways, if you are new to concealed carry (or perhaps even if you’re not) you might find this infographic useful. The one technique not shown here that I have had good success with is the aforementioned “adjustment tell” when people get up from sitting, like at a restaurant or getting out of their vehicle. 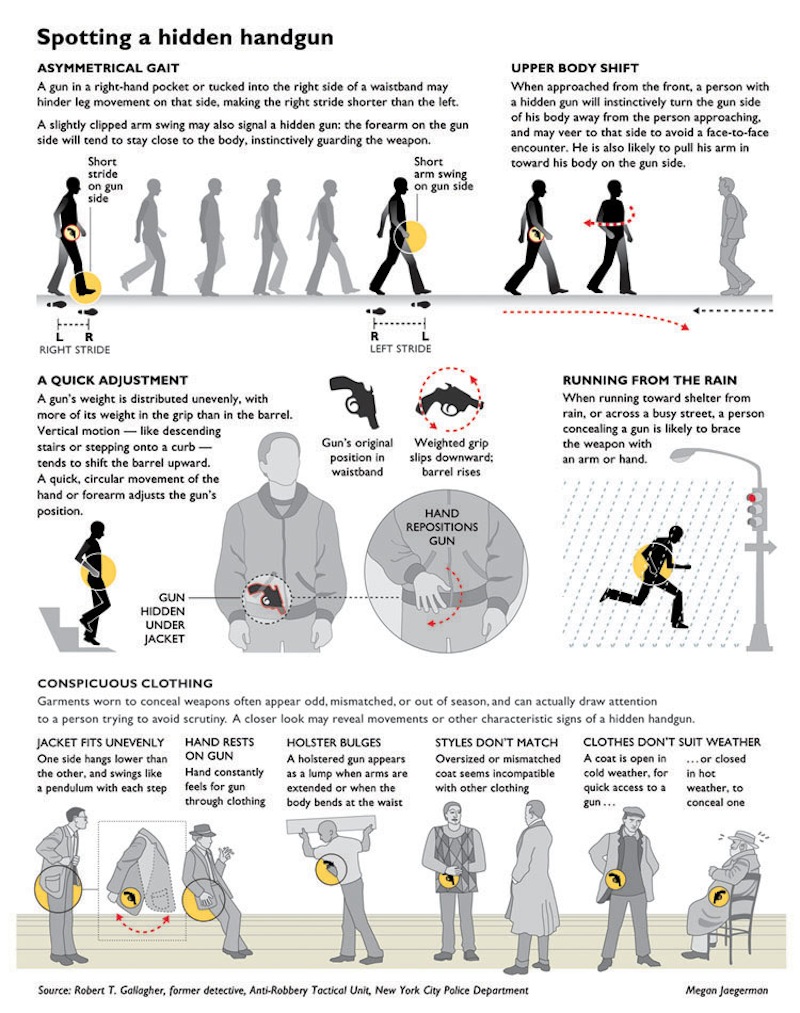 Is the NSA Building a National Gun Registry?
NSA Admits that YOU are the Enemy

15 Responses to How to Spot a Hidden Handgun